A former victim of trafficking, Grace’s bravery saw one of her traffickers arrested and another deported. 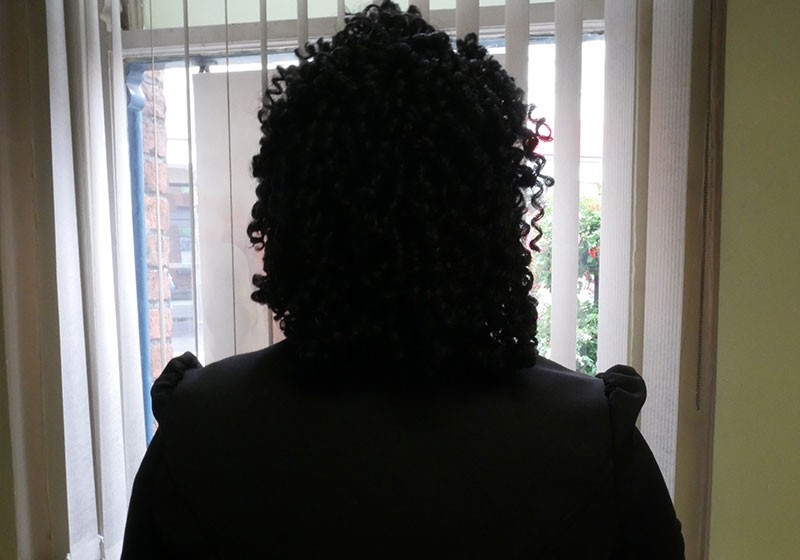 I first arrived in Ireland in early 2010. I had been in Spain for four years before being moved to Ireland. I managed to escape my traffickers and applied for asylum in October 2010. They wanted to send me and my daughter (who had recently been born here in Ireland) back to Spain, to have my asylum application decided there.

I was moved to live in a different direct provision centre after nearly a year because my daughter was born. Unfortunately there were a lot of complications during the birth and I have ongoing health problems from it. At this point I was assigned a government lawyer to help me with my case, who told me to go the police and to a specialised support agency.

As my initial application for asylum was refused my lawyer requested a judicial review of that decision. I was getting increasingly frustrated as everything was taking a long time and nothing appeared to be happening. I was also still living in direct provision with my new baby which was very difficult.

The Immigrant Council took over my case and explained about the possibility of being formally identified as a victim of trafficking, and being granted permission to reside in Ireland. I needed to withdraw my applications for asylum and judicial review, because in Ireland it is not possible to apply for both at the same time. So following this process in 2014 I was formally recognised as a victim of trafficking and received my first temporary residence permit. It was reviewed and renewed every six months. This was the best thing that could have happened as I was beginning to lose hope of ever getting residency. Having a Stamp 4 meant that I could find my own accommodation and move on with my life. I also applied for subsidiary protection. I had to work with the Gardaí to give information about my traffickers which was really hard. I was told because of my cooperation with the Gardaí one of my traffickers was arrested and another was deported.

Finally, in November 2016 my daughter and I were given subsidiary protection, which was a huge relief. I have a stamp 4 residence permit which lasts for three years and after that I will apply for citizenship. Being granted subsidiary protection has also meant that I have been able to apply for my sons back home to join me in Ireland. I have not seen them since 2006. It is a pity that the process took six years for me to get a positive decision, as it would have been much easier and better for my family if they had joined me years ago, when they were younger. Unfortunately they were targeted by traffickers and I have worried a lot about them. I am hoping that my application for them to join me will be successful.

Despite the challenges and hardships there have been some bright spots on this journey. In 2012 I met my husband. He is a very good man though and we have been blessed with a daughter together.