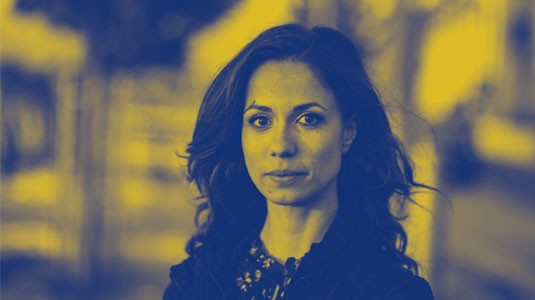 Gender-based violence against women has many manifestations that include domestic violence, sexual violence (rape, sexual assault and harassment), prostitution and trafficking, slavery, and different forms of harmful practices, such as forced marriages, female genital mutilation and so-called ‘honour crimes’.

What is gender-based violence?

In 1993, the United Nations General Assembly adopted the Declaration on the Elimination of Violence against Women (A/RES/48/104). The Declaration defines violence against women as ‘any act of gender-based violence that results in, or is likely to result in, physical, sexual or psychological harm or suffering to women, including threats of such acts, coercion or arbitrary deprivation of liberty, whether occurring in public or in private life’.

In more recent legal documents, there are examples of the two terms being merged, and the term ‘gender-based violence against women’ is used:

Gender-based violence against women shall mean violence that is directed against a woman because she is a woman or that affects women disproportionately. (Council of Europe, 2011, Istanbul Convention Art.3)

Gender-based violence against women has many manifestations that include domestic violence, sexual violence (rape, sexual assault and harassment), prostitution and trafficking, slavery, and different forms of harmful practices, such as forced marriages, female genital mutilation and so-called ‘honour crimes’.

The Immigrant Council of Ireland works on most forms of gender-based violence that affect migrant women, including domestic violence, trafficking and prostitution and forced marriages. You can review our Trafficking Campaign and our Domestic Abuse page.

"We Are Here Too"

The "We Are Here Too" campaign is a project of the Immigrant Council of Ireland along with Migrant Women na hÉireann, a collective of dozens of grassroots organisations working for the promotion of the status and wellbeing of migrant women in Ireland today.

We want to start and lead a conversation about the lack of inclusion of migrant specific issues in the national discourse on domestic violence and gender-based violence.

In additional, the current economic and social stresses brought by the pandemic, combined with movement restrictions and cramped homes are driving a surge in gender-based violence, and migrant women are even more exposed to violence.

No one should be forced to remain in an abusive relationship in order to preserve their permission to remain in the State. "Domestic violence" doesn’t just mean physical violence. It can involve emotional abuse, isolation from family or friends of support networks control of daily routines, such as access to money, personal items, food, outside contact or transport.

If you are the victim of domestic abuse by a dependent family member you may qualify to apply for an independent residency status in the State.

You are not alone!

We also want to reach out to fellow migrant women who may be experiencing domestic violence or gender based violence. We want to tell every migrant woman that may be in this situation that we see you, we hear you and you are not alone.

Through a grant from the Lifes2good Foundation, the Immigrant Council is proud to offer free training to public service providers and legal professionals in the West of Ireland to better understand and address the needs of survivors of gender-based violence including human trafficking and domestic violence.

How to find support

The Immigrant Council provides trained community navigators who can provide information and advice to migrants experiencing domestic violence. Navigators can be contacted in a variety of languages through email.

You can also contact the Immigrant Council's Helpline and speak to one of our information team about your situation and learn more about your rights.

If you are looking for information and support on other forms of gender-based violence the following organisations provide a specialises support to:

If you feel in immediate danger please contact the Gardaí or call 999 or 112.

Support the Fight Against Gender-based Violence