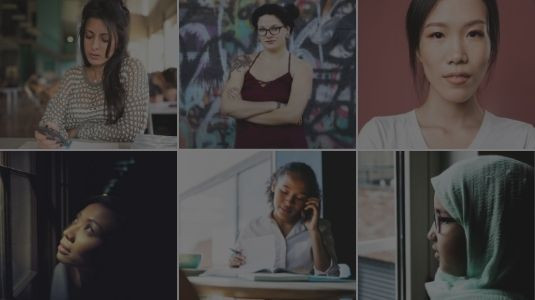 Community Navigators are community members who receive specialised training to provide information for their communities in an empowering and effective way. Community navigators are also liaisons between their community, legal service providers, social service organisations and other support services available.

As part of its mission working to end all forms of gender-based violence, the Immigrant Council of Ireland’s Community Navigators provide confidential, one-to-one advice and information to migrant women who find themselves victims of domestic violence.

Our Navigators have been trained in areas of domestic violence and the Irish immigration system and act as the first point of contact in migrant communities, providing information to migrant women based in Ireland who find themselves in situations of domestic violence. Navigators are supported by the Immigrant Council legal team which can intervene where necessary with specialised support.

Navigators also help to bridge any gaps that exist between their communities and public services that some migrants may have difficulty accessing due to cultural or linguistic barriers. This work will help to build trust and strength the connections between service users and service providers.

Gender-based violence against women has many forms that include domestic violence, sexual violence (rape, sexual assault and harassment), prostitution and trafficking, slavery, and different forms of harmful practices, such as forced marriages, female genital mutilation and so-called ‘honour crimes’.

The Immigrant Council of Ireland works on most forms of gender-based violence that affect migrant women, including domestic violence, trafficking and prostitution and forced marriages.

These lesser known forms of violence are challenging to identify. Women often would not be aware that they are targeted or violated, or do not realize there is a support available to them.

We know from our research and first-hand experience via our services that migrant women often experience additional barriers accessing supports when experiencing domestic and/or gender-based violence. These barriers include language issues, public service providers lacking appropriate training, and an overall lack of general awareness for both migrants and service providers on what legal and immigration rights migrants possess when experiencing violence.

The immigration status of a migrant woman often proves to be one of the main barriers in seeking support. Undocumented women fear deportation and as a result are afraid to report domestic or gender-based violence or seek safety away from their abusive environment.

Asylum seeking women are reluctant to seek support out of fear that it may negatively impact on their asylum application process. Women on spousal dependent visas (Stamp 3) also face difficulties: Although they can seek independent status if experiencing domestic violence, the level of knowledge about the legal framework is low.

On many occasions women are given misleading information on purpose by the abuser as a way of control.

Community navigators are there to provide facts and advice from trusted sources of legal and immigration information.

What support do Community Navigators offer?

Community navigators are trained to provide information to victims of domestic violence as well as acting as a cultural mediator connecting migrant women to support services available.

If you or someone you know is a migrant experiencing domestic or other violence, there is support available and you are not alone.

For free, confidential one-on-one advice, please reach out to one of our navigators using the contact information below:

We Are Here Too

The "We Are Here Too" campaign is a project of Migrant Women na hÉireann, a collective of dozens of grassroots organisations working for the promotion of the status and wellbeing of migrant women in Ireland today, including the Immigrant Council of Ireland.

The campaign aims to lead conversations about the lack of inclusion of migrant specific issues in the national discourse on domestic violence and gender-based violence.

Learn more about the We Are Here Too campaign.

Thank you to our programme funders

The Community Navigators initiative is made possible thanks to funding from the Community Foundation of Ireland and the Department of Justice.

Support the Fight Against Gender-based Violence

By making a donation to the Immigrant Council of Ireland you can help ensure our services are there for every migrant seeking an escape from violence.