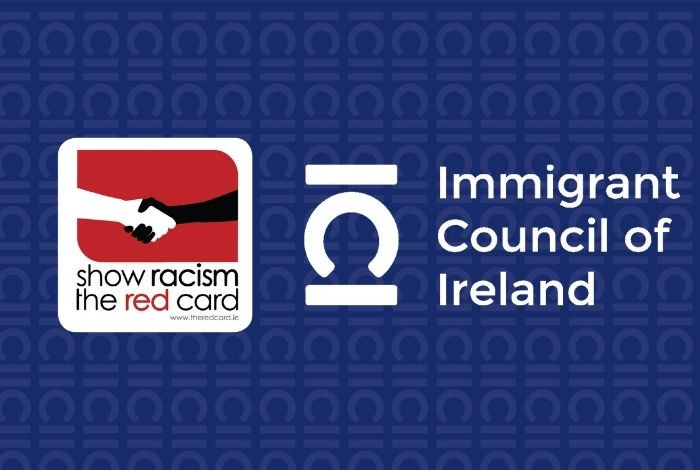 Show Racism the Red Card (SRTRC), an anti-racism project that has operated in Ireland since 2007, is being re-launched under the management of the Immigrant Council of Ireland. The move sees SRTRC winding up as an independent charity, with responsibility for delivery of the SRTRC programme passed to the Immigrant Council.

The re-launch of the SRTRC programme was announced today (20.04.21) by the outgoing Board of Show Racism the Red Card, along with Brian Killoran, CEO of the Immigrant Council of Ireland.

“We are delighted to take on the Show Racism the Red Card programme at a very significant time for all those involved in promoting integration and battling racism,” said Brian Killoran. “We aim to build on the excellent work done by the charity over the past 13 years to ensure the SRTRC programme reaches into every community in Ireland, and that young people are educated – from primary school onwards – on how to identify and challenge racism.”

Emer Costello, a member of the outgoing Board of SRTRC, said: “Over the lifetime of Show Racism the Red Card, it was a constant challenge to source funding to achieve sustainability for the organisation and enable it to grow. By winding down as an independent entity and transferring responsibility for programme delivery to the Immigrant Council, we believe we have finally found a solution to this ongoing challenge.

The relaunch of Show Racism the Red Card is being made possible by the Merger Fund of The Community Foundation for Ireland. Chief Executive Denise Charlton added:

“Strong voices are vital if we are to end racism. This coming together of two fantastic advocacy organisations give’s Ireland such a voice. The Community Foundation wishes the relaunched campaign every success and looks forward to it being a leader on integration, inclusion and equality.”