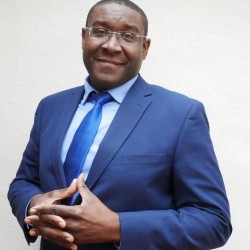 Kensika Monshengwo was born in the Democratic Republic of Congo and holds a postgraduate degree from the Sorbonne in Paris (1995); his research focused on “The Americanisation of young people of African descent in the Parisian suburbs”. Kensika has lived in Belgium, Canada, France, Switzerland, USA and Ireland.

Kensika has worked with the National Consultative Committee on Racism and Interculturalism, under the aegis of the Department of Justice, as Training and Resources Officer; he has extensive experience in Intercultural Training and has worked primarily with decision-makers from government departments, service providers, private sector employers, media organisations and non-governmental organisations in Ireland and abroad. He has also written and disseminated a wide range of advocacy and training materials.

Kensika also took on the role of Acting Director of the National Consultative Committee on Racism and Interculturalism for a full year; during which time he provided support and advice to the Department of Justice in their effort to mainstream ethnic diversity policies and legislation into public bodies.

As Integration Officer with the Immigrant Council of Ireland, Kensika is involved in monitoring and supporting political participation of migrants, taking part in the implementation of local migrant integration strategies, building new relationships, both regionally and locally, as well as liaising on relevant integration projects.

Back to Meet the Team