Humans of Dublin spoke to Valeria, who works for the Immigrant Council fighting racism and supporting people who have been targeted in acts of racism. 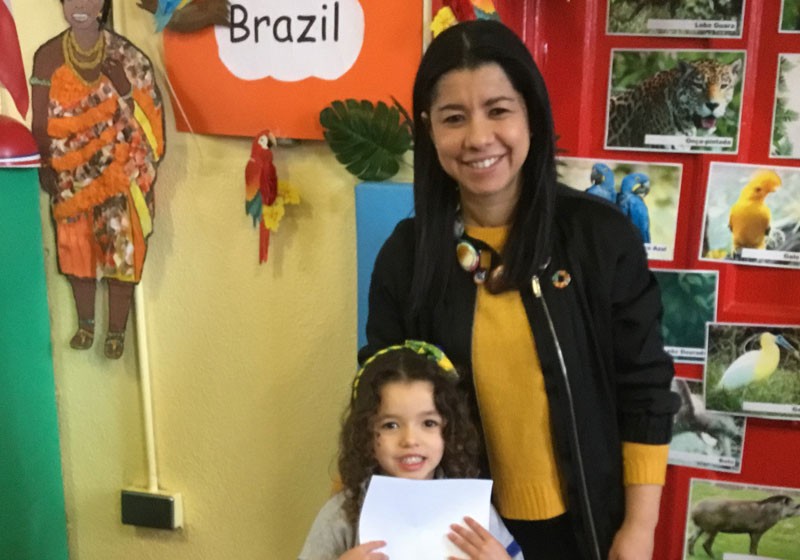 "“I work on the Immigrant Council's Anti-Racism Referral and Support service. I respond to reports about racism and discrimination all the time, providing people with information and support. The issues around these topics are unfortunately very real here but victims of racism have very limited access to any support services beyond our helpline.

"However, many positive programmes are being developed around children and education and I always prefer to talk about those.

"I came to Dublin almost nine years ago to study English, to further my career in Brazil. I didn’t plan to stay, but I ended up meeting my partner and now we have a 6-year-old daughter. At home, we use both languages, English and Portuguese. As my daughter grew older, I noticed she avoided speaking Portuguese to me. She was especially shy using it around her classmates.

"When asked about it, she said, she didn’t want to be the kid with a weird language. I knew that this needed to change, so I arranged Brazilian dance classes at her playschool for one month, where besides dancing, she was able to learn and practice Brazilian culture. At the end of the school year, the teachers created an Identity and Belonging report and this is what it said:

‘Valentina’s sense of identity and belonging is very strong. She is growing more and more proud of her Brazilian heritage – uses Portuguese words often and tells her friends a lot about her family. She is naming her interests and loves to see them reflected in her learning environment.’

"I cried reading this. It’s tough helping multicultural or immigrant children understand that they belong. She is now a senior infant in an almost 100-year-old school, and despite having many multicultural children, this year was the first time that they held an intercultural day. It was so important, not only for the kids but for the parents as well. The idea was that they could set up a table with photos, foods and books and put on a show about their culture. It was an opportunity for my daughter to be really proud of her multicultural origin. She loved that everybody was asking her about Brazil. We had a Capoeira demonstration and she was over the moon by the end of the day.

"Sometimes that’s all it takes, having a day where we are actively open to understanding other cultures and embrace the beauty of diversity.”

As part of our annual anti-racism campaign in partnership with TFI - Transport for Ireland, Dublin City Council, and public transport operators, Humans of Dublin were spotlighting people of diverse backgrounds who are active in promoting inclusivity within Ireland.