An Afghan wife and mother, Gul was forced to endure years of domestic abuse. She shares her story to raise awareness about issues of domestic violence facing migrant women. 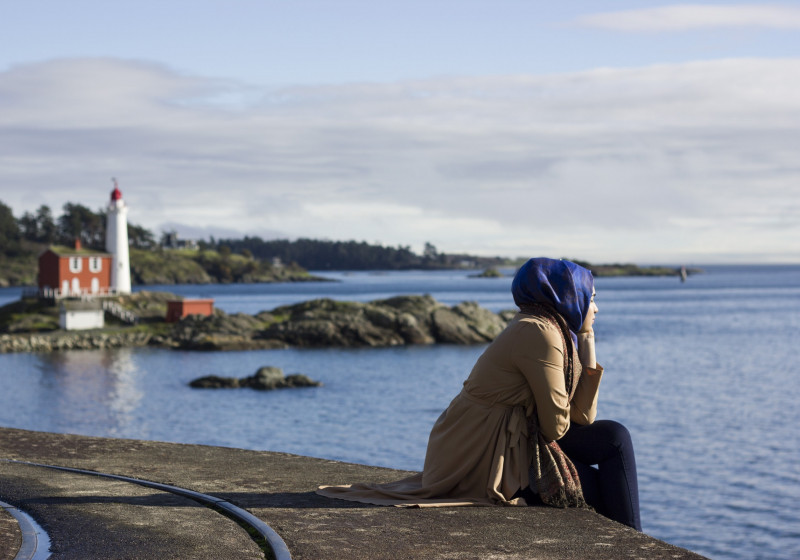 Domestic abuse can take many forms, including emotional and mental abuse. As part of the 16 Days of Activism Against Gender-Based Violence and the Immigrant Council's We Are Here Too campaign, we would like to share the story of Gul, an Afghan wife and mother, to raise awareness about the impact of domestic violence on migrant women:

“10 years ago, I married an Afghan man living in Ireland. It was an arranged marriage. After the wedding, my husband told me that I cannot enter Ireland through a spouse visa as he was involved in a sham marriage in Ireland. This came as a shock to me, but since the wedding had already happened, I had no other choice than to enter Ireland as undocumented. I was promised that once I am with him, everything will be alright.

“For years, I suffered from all kinds of domestic violence. I was a subject of severe psychological abuse. I began to hate myself; my confidence was crushed. I was not allowed to speak to my family in Afghanistan, I was not allowed to make friends or even speak to any woman while dropping or picking the children from school. I was threatened that if I ever complain, I will be put in a jail as I was undocumented. He described Irish jails small rooms with no windows, in which there is no room to sit down or lie down and that I will have to keep standing for months. I had 5 children in 10 years. When my third child was born, I got the right to legally reside in Ireland through the Zambrano scheme.

“One day, when I had enough, I threatened him that I will call the Gardai. He laughed off and said that I will not be able to speak once sentence in English and that, the Gards will never support me. He also told me that my children will be taken away from me. As a mother, this was my biggest fear. I could suffer through anything but cannot imagine being apart from any one of my children.

“When we were together, one of his friends told him a story of a Pakistani man who abducted his children to Pakistan. He was all over the moon after hearing this news and told me that he will do the same to our children, if I ever decide to report him. He said that Irish government is innocent, and lazy, and once the children are abducted there is nothing they can do about it.

“In the 10 years I lived with him, he celebrated every news about fathers wrongfully removing children from Ireland. In October 2020, Seema Banu, an Indian woman and her two children were allegedly murdered by her husband in South Dublin. Upon hearing this news, he gleefully told me that “disobedient women deserve this fate”. This was when I decided that I have had enough. I finally gathered courage to escape with the help of a DV service in Limerick.

“I am currently living in a shelter home along with the children and the children’s custody is to be decided by the court soon. Every day, I received a threat from my husband that he will take the children from me forever. His family back in Afghanistan is constantly harassing my family as well. In September 2021, another child Muaaz Osama went missing from Ireland and later it was revealed that he is in Pakistan after being wrongfully removed from Ireland. Upon hearing that news, I started trembling. I showed the news article to my case worker who thought that I am overreacting and that, it is highly unlikely that such a thing will happen to me.

“On my first court hearing for child custody, I kept waiting for my solicitor before the hearing so that I can explain my fears to him. He came only 5 minutes before the hearing, and when I started talking about how scared I am that my children will be abducted if they are given unsupervised access, he completely ignored my concerns. I was also not allowed to speak during the hearing because I had opted for an interpreter, which I later found spoke worse English than I do. Apparently, in the court, if there is an interpreter, you are not allowed to speak directly to the judge.

“I am terribly scared that if my husband gets unsupervised access, the first thing he will do is to take children to Afghanistan. I do not know where to express this fear because I feel that no one is able to understand this.

“Currently, Irish authorities are working to bring 78 children back, who have been wrongfully removed from Ireland. These do not include children who have been taken, often by one parent, to countries not signed up to the Hague Convention, for example, Afghanistan. Who will bring my children back?“

Thank you to Gul for sharing her story to help raise awareness about the impact of domestic violence on migrant women. Please note we have changed her name and used a different photo to protect her privacy.

Help for victims of domestic violence