Imagine being separated from your small children for 5 years. Missing out on their lives, waiting in limbo at the mercy of faceless bureaucracy. Read Ateeq's heartbreaking story. 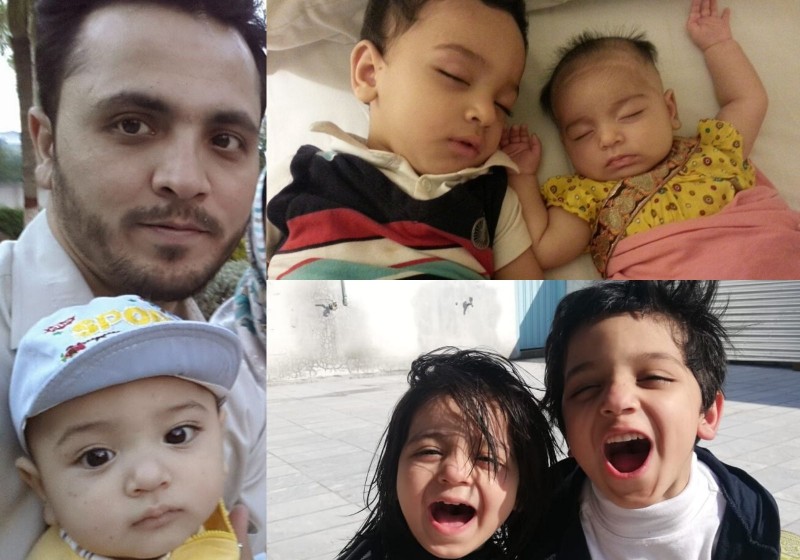 Ateeq came to Ireland from Pakistan in 2015 wanting to lay the foundation for a better life for his family. Thanks to a cousin with EU citizenship, Ateeq was able to apply for a Stamp 4 (permission to reside and work in Ireland) through EU Treaty Rights.

Though it meant leaving his wife, 2 year-old son and 3 month-old daughter, Ateeq was willing to endure being separated from them for a short time while he secured residency and work in Ireland and then bring them over.

He never thought 5 years on he would still be waiting to be reunited with his loved ones.

"When I left my country my son was 2 and my daughter 3 months old. I came here for the better future of my kids as in my country things are the worst. It's been 5 years and I haven't seen my family, living in this chaos."

"The Department of Justice refused my application without any legitimate reason. In 2017 I sent in a review. It's been almost 4 years but my review is pending and they're not saying anything."

Ateeq is not alone: According to the Department of Justice and Equality, as of July 2020 there were nearly 2,300 cases waiting processing based on EU Treaty Rights, with the vast majority of these waiting for over a year. Some cases, like Ateeq's, stretch all the way back to 2017.

That's 2,300 people separated from their loved ones, at an unprecedented time in history when the support of loved ones is more important than ever for our mental health and well-being.

For now Ateeq continues to wait, living in Kildare with his cousin. His dream is still to bring his family here for a new life together:

"I have seen potential in Ireland I have seen a future for my family in Ireland. I can work here if they give me a Stamp 4."

The Immigrant Council of Ireland is calling on the new Government to properly resource the Immigration Service Delivery: It is unacceptable that families are being kept apart because of bureaucracy and limited resources.

We will not stop campaigning for reform until these issues are resolved and families like Ateeq’s are reunited.