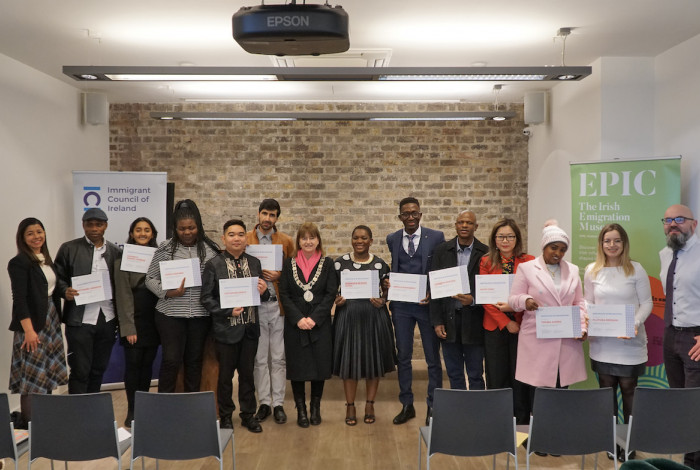 16 migrants were celebrated at an event this weekend, as they graduated from the Immigrant Council of Ireland’s Migrant Leadership Academy programme. The programme aims to address the lack of migrant representation in Ireland’s social justice sector and build the capacities of future migrant community leaders.

Participants who completed the course hailed from counties across Ireland, including Galway, Dublin, Cork, Roscommon, Waterford, Cavan and Donegal.

Certificates were presented to graduates at an event at EPIC The Irish Emigration Museum, Custom House Quay, North Dock, Dublin 1, and the Lord Mayor of Dublin, Caroline Conroy, delivered the keynote address.

Abdulai Masaray and Alice Chau, graduates of the Migrant Leadership Academy, also spoke at the event, sharing their experiences of the programme.

Speaking at the graduation, Immigrant Council of Ireland CEO, Brian Killoran, said: “We are delighted to host a graduation ceremony for these inspiring people today. Each graduate has something special to offer, and we hope the Migrant Leadership Academy will help them to use their gifts and skills to improve our society for everyone’s benefit.

“Ireland is an increasingly diverse society, with one in eight of us coming from a migrant background. However, migrants are often underrepresented in areas such as politics, civil society campaigns, law reform and the social justice sector. Migrants in Ireland must be included in policy discussions and decision-making that affects their daily lives, from education, law reform on immigration and discrimination, housing, and more.” 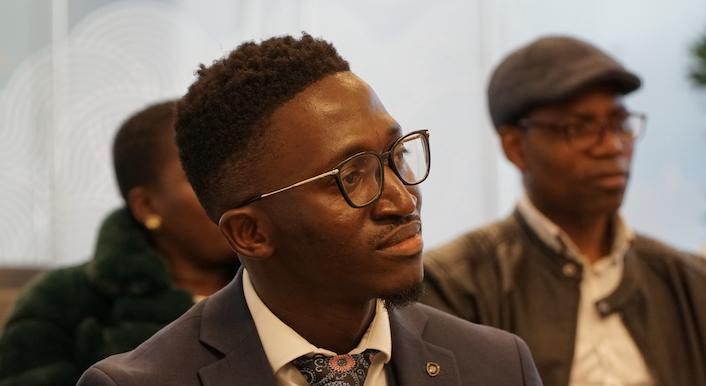 Abdulai Masaray is originally from Freetown, Sierra Leone. He lived in a Direct Provision centre in Longford for almost three years. He is now living in Dublin, pursuing a Bachelor of Law (LLB) Honours Degree at TU Dublin.

He is an asylum seeker, refugee, and migrant activist, who advocates for their rights to be respected and protected. He is the founder of the Kingdom Heritage Foundation in Sierra Leone, which helps underprivileged children through advocacy and education. He also founded Richmond Court Resident Support Group in Longford, which helps asylum seekers and refugees to access supports available to them in Longford town.

Abdulai has a strong passion for law, especially immigration and human rights law. He has been featured in documentaries and has taken part in research on issues facing asylum seekers and those living in Direct Provision in Ireland. He is an advisory member of the Common Purpose Ireland

leadership program for young people, LEGACY, and also a committee member of the National Youth Council of Ireland (NYCI).

Abdulai loves soccer and is a fan of Arsenal football club. 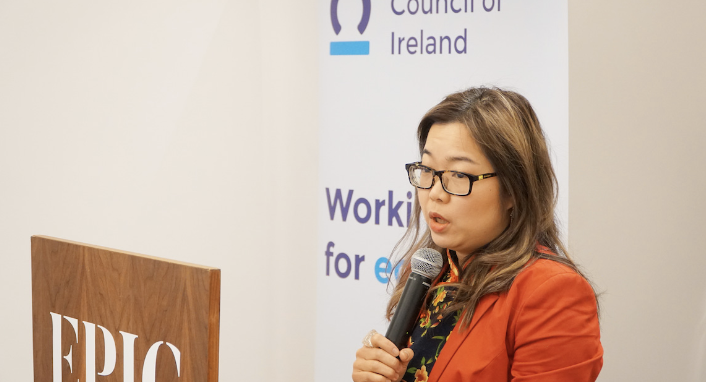 Alice Chau is originally from Hong Kong. She has migrated internationally twice, first to Paris, then to Dublin. She is currently the Vice-Chairperson for Cantonese in Ireland, a non-profit organisation to promote Cantonese language and culture, and to help Cantonese immigrants to integrate into Irish society.

Alice runs a radio show on NearFM called ‘Asian Talents’ where she provides a platform for Asian people to share their stories and their expertise. Her show has won the Community Radio Ireland Achievement Gold Award in the Access and Inclusion category.

She has participated in a panel discussion with Tánaiste Leo Varadkar about the launch of Pathway to Progress - a migrant information service.

She has been a host for the Dublin Lunar New Year Festival since 2018, hosting best-selling events such as “Alice’s Chinese Food Tour”, “Hot Pot Night” and “Taste of China Food Tour”. Her work has been featured on RTÉ News, RTÉ 2FM, and Newstalk’s The Pat Kenny Show.

Alice works as a cat behaviourist. She pet-sits, consults, teaches and advocates for cats and cat people through her business, Maow Care.

CHECK THE PHOTOS OF THE EVENT

Photo caption: 16 migrants graduated from a leadership course run by the Immigrant Council of Ireland on Saturday, 3rd December. The Migrant Leadership Academy aims to encourage migrants to use their voice to create change. Pictured at the event at EPIC The Irish Emigration Museum, Dublin, were: Abdulai Masaray and Alice Chau, graduates of the Migrant Leadership Academy; Brian Killoran, CEO of the Immigrant Council of Ireland; and Lord Mayor of Dublin, Cllr. Caroline Conroy.