How to defeat #EverydayRacism- together & as allies 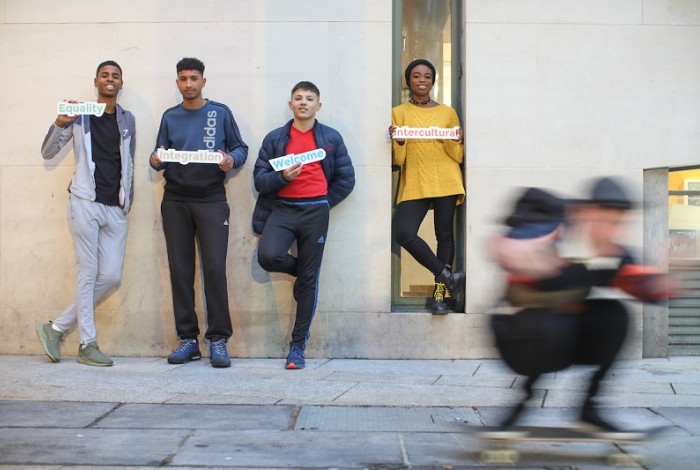 Community leaders have come together to speak about the reality of #EverydayRacism in Ireland and show that together we can end it, to mark International Day for the Elimination of Racial Discrimination (21 March ). The Immigrant Council of Ireland is also relaunching its Racist Incident Support and Referral Service along with simple 4-step guide on how to be an ally against racism.

Teresa Buczkowska, Integration Manager, Immigrant Council of Ireland, said, “International Day for the Elimination of Racial Discrimination is an opportunity for us to acknowledge the so-called ‘everyday racism’ which permeates our society, but also recognise how most people are anti-racist and want to know more about effectively tackling it. It is particularly timely seeing the type of ugly attacks against people of Asian descent related to the outbreak of Covid-19.

“The Immigrant Council is relaunching its support service for victims of racism and to empower more people to be an ally against racism we have created a simple four step process which is easy and safe to follow.”

JK Onwumereh, Community Leader, said, “We cannot afford to be dismissive of racism within our communities, which sadly I have both experienced and witnessed. We need to acknowledge the reality and the impact, working together to support victims and create an environment which has zero tolerance for racism and xenophobia.”

Ihunanya Enyi-Amadi, Education Officer of the African Students Association of Ireland said, “What some people don’t realise about casual or ‘everyday’ racism is how it doesn’t just make life a misery for victims, but also contributes to the exclusion of people from opportunities, resources and power because of their race, ethnic background or religious beliefs. That’s why it’s so important to actively challenge and be an ally against racism – in whatever form it is presented.”

Lorraine O’Connor, Muslim Sisters of Eire, said, “I have seen both sides of Islamophobia – not understanding why women chose to wear the hijab before I converted and now as a proud Muslim woman having seen my daughter attacked and my own home vandalised because of our religion. I am here today because I know the best way to tackle racism is to spread understanding and accept people for who they are, not what you assume them to be.”

Lucy Michael, Fingal Communities Against Racism, said, “When it comes to racism, prevention is better than cure. We established Fingal Communities Against Racism to counter the type of language used by the alt right which fuels racial discrimination and divides communities. One of the things we’re doing is outlining how to have potentially difficult conversations with your neighbours to challenge untruths and build stronger communities which thrive because of, not in spite of, their diversity.”

NB This had been intended to be a live event at Dun Laoghaire Library, but due to the current Covid-19 public health guidelines the Immigrant Council of Ireland switched to an online launch.

How to be an ally against racism

What to do if you see someone being racially abused in a public space: