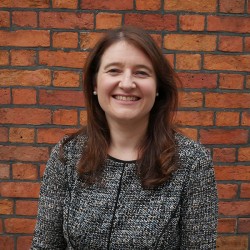 Olive is a Fellow of the Institute of Chartered Accountants in Ireland. She began her career as a chartered accountant with PricewaterhouseCoopers in Dublin before joining Ulster Bank where she worked in finance from 2003 until 2016. Olive is currently Finance Manager at ActionAid Ireland. Olive served as treasurer on the Leinster Society of Chartered Accountants Ireland from 2007 until 2014. She holds a First Class Honours M.B.S. in Accounting from Dublin City University.