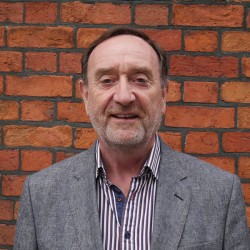 Hugh is a graduate of Trinity College and University College Dublin, where he studied Economics and Politics and took postgraduate degrees in both.  After a short time in the Irish public service in the late 1970s, first in the Department of Agriculture and then as Secretary of the National Economic and Social Council, he joined the European Commission in Brussels. He worked in the Directorates General for Regional Policy, Employment and Social Policy, Information and Communications and, most recently, as Deputy Director of the Commission’s European Food and Veterinary Office. In the 1980s he was sent on special assignment by the Commission to serve as the first Chief Executive of Cooperation Ireland and was responsible for establishing that organisation’s wide-ranging cross-border cooperation programmes.

On returning to Brussels in 1989, he took charge of setting up the EU INTERREG programme. Since his recent retirement from the Commission, he has worked part-time as a pro-bono adviser for not-for-profit organisations in Ireland on EU policy and funding opportunities. These include the Hospice Foundation, the Immigrant Council, Atlantic Philanthropies, The Wheel and the Irish Social Finance Fund. He is also a visiting Professor on EU regulatory affairs at the University of Ulster.